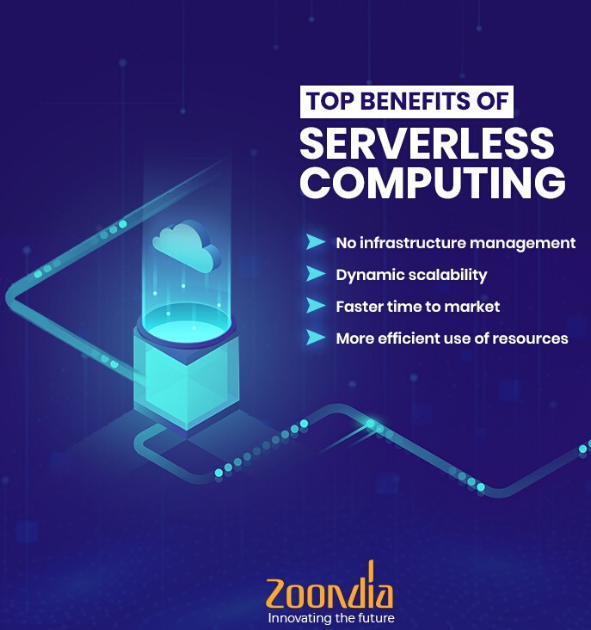 The Future of Serverless Computing

In the ever-evolving tech world, serverless computing has emerged to be the new normal. It is needless to say that, the physical servers are gone with the dawn of cloud...
We Support
Top

In the ever-evolving tech world, serverless computing has emerged to be the new normal. It is needless to say that, the physical servers are gone with the dawn of cloud architecture. And this does not mean that there are no servers involved, rather it is abstracted into the architecture in such a way that, the developers need not bother about the operations in them. This makes serverless computing, a conveniently confusing term.

Now, let us take a peek into the awesomeness of serverless computing.

Serverless architecture and the logic behind

It is the method of providing backend services as an on-the-go basis. A serverless provider allows a developer to write and deploy code without the hassle of worrying about the infrastructure.The servers are hidden behind the application and are not visible to the front-end. This reduces the burden of maintaining the servers and the developers can do their work peacefully.

The applications on a serverless architecture depend on Baas (back-end-as-a-service) and Faas(function-as-a-service) and a merge of these two models to run the cloud infrastructure.  Baas involves small chunks of independent codes that the developer can purchase on a flexible ‘pay-as-you-go’ basis, that is he has to pay for the services he uses. Faas provides the authentication layer through an API for the client to access the database.

Having said, what is serverless computing, let us move on to its pros and cons.

Serverless computing: Bringing back focus to your application

Increased efficiency and easy operational management:  A serverless system won’t require continuous integration and continuous delivery. Developers can run the code at the time when they are needed which increases the efficiency and throughput of the technology platform thereby will require zero system administration.

Faster innovation: As the developers are now free of worrying about the architecture, they can pinpoint their focus on the application and can innovate at a rapid pace. And less time for operations roughly translates into the smooth application of DevOps and agile methodologies.

Cost and time-efficient methodology: The basic advantage of this technology is that you pay only for the time your function executes and the resources needed for it.  This allows the company to optimally utilize the resources in some other productive tasks. See, the savings can be incredible.

But every technology has its challenges.

Architectural complexities: Microservices and serverless architectures are complex and time-consuming to build. Breaking down a monolithic application in this environment can add a burden to the infrastructure.

Lack of operational tools:  The developers are dependent on vendors for debugging and monitoring tools and these tools are hard to come by in the market.

The age of cloud computing and serverless computing began with Amazon’s cloud service launching AWS Lambda in 2014. And was followed by Microsoft’s Azure. In 2018 Google Cloud Functions released its alpha status in july 2018. All three vary in their limitations, advantages and ways of doing things.

Among all of the serverless computing platforms AWS lambda is the pioneer as well prominent.

The major vendors in this realm are listed out in one of our posters.

You can find it in here: https://bit.ly/2TrZVHi

But as the technology matures, and more organizations adopt serverless architecture we can hope the availability of debugging tools will become easy.

Serverless is not just about the hype, it promises the possibility of ideal business which sounds sweet and feels light on the pocket as well. It is still in the infant stage but, with many major organizations playing on the field, it is right to put all our hopes on them to see a marketplace for serverless functions and widespread integration with Blockchain, IoT and gaming enterprises.