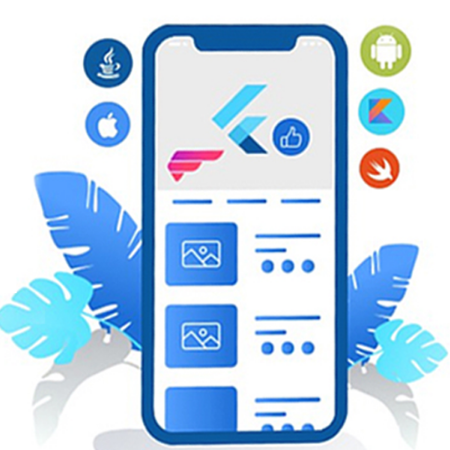 Reasons why Flutter is dominating the mobile app development

People of today find it very easy to get things done as there is a mobile app for almost every need. Life has become more convenient with mobile apps, as...
We Support
Top

People of today find it very easy to get things done as there is a mobile app for almost every need. Life has become more convenient with mobile apps, as mobile app development companies have established effective apps for various necessities.

This increase in the use of mobile applications in our daily lives has led to the evolution of innovative mobile apps of which Flutter stands at the top.

Flutter is a cross-platform app development instrument that conjoins the performance of native and ease of development. However, visual consistency is maintained across platforms. The open-source mobile software development enables the creation of applications for both iOS and Android.

Benefits of Flutter in escalating your business

Flutter enables a quicker and dynamic way of application building. Developers can maintain a single codebase for both Android and iOS rather than separating them. The hot reload assures bug fixes and reduces the time needed for incorporating new feature changes in the user interface.

Crashing is reduced to a great extent as the programming language used in Flutter is Dart, which combines into native code, providing better app performance and avoids crashes.

Different development teams need not maintain different codes for both iOS and Android. About 75% of the source code is shared and reused, saving more time and resources in the future. As one app works for both, it is easier in terms of testing due to which the QA procedures are simplified with fewer efforts.

Designs based on user interests

The construction of certain custom widgets within Flutter’s framework can be used for the creation of various brand-based or user-oriented designs, apart from animation and motion design.

Apps made with flutter framework

The mobile app involves the management of Google and campaigns directly from your mobile. It is a refined version of the desktop version which enables to track add output from any location.

This is an AI-powered personal journaling application that merges mediation, cognitive behavior, and positive psychology to cope with mental stress. Experts can help you deal with your issues, eventually aiding you to lead a happy life.

As Flutter signed on, Xianyu, more than 200 million users took advantage of Xianyu.

Professional Instagram images are in greater demand as the number of users has increased beyond limits. Postmuse is widely used for this purpose. It allows you to edit images, gives recommendations on the best possible pictures, and makes social media marketing more authentic.

This award-winning Broadway musical was one of the best platforms built by Flutter. On both platforms it works best, enabling a lot of functions.

Native apps, both Android, and iOS, can be run using the tool, without the base of plugins, downloads, and additional permissions. It can be utilized for training, app demos, customer support, and various other requirements.

This software development kit helps in deriving real-time contextual insights in mobile apps. The tool can be used for various purposes such as in-app bug and crash reporting, surveys, and collecting feature requests.

This is of great use to the flutter developers as it is a special means to insert spaces in their tests, where they want to capture a screenshot. Developers can store captured screenshot images on the disk whenever necessary.

Running tasks, version control, creating and debugging cloud and lots more can be performed with the help of this cross-platform development tool. Even though it is an open-source editor backed with Microsoft, it also supports Linux as well as macOS. Smart code completion, code refactoring, syntax highlighting, and debugging are the prime uses of this tool.

It is a design app development tool used as a theme editor which is of high use in creating enthralling material themes. Whereas, Supernova is another design app development tool that assists any Flutter project to get a jumpstart. Real-time addition of animation styles and designing layers into widgets are the major uses and above all, it saves a lot of time for developers.

Flutter stands among the major software development tool kits used by mobile app developers around the globe in 2021. It can escalate your business to greater heights sweeping in more profit.

With custom mobile app development being our forte for years, you may get in touch with our experts at Zoondia, who can create the perfect mobile app software that suits your business needs.