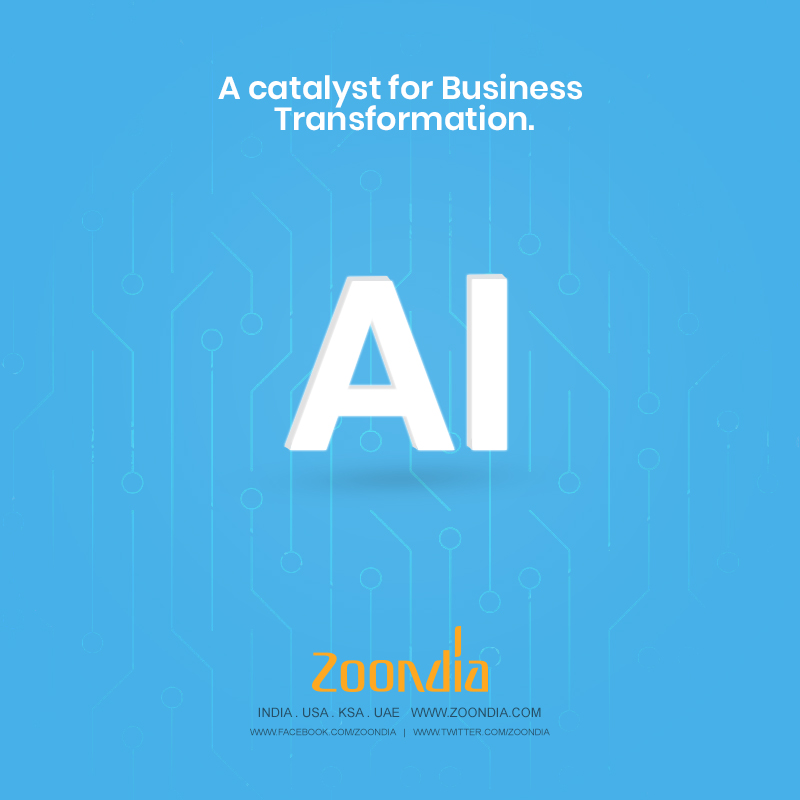 "Necessity is the mother of all inventions" As Wikipedia says "The term "artificial intelligence" is used to describe machines/computers that mimic "cognitive" functions that humans associate with other human minds,...
We Support
Top

“Necessity is the mother of all inventions”

As Wikipedia says “The term “artificial intelligence” is used to describe machines/computers that mimic “cognitive” functions that humans associate with other human minds, such as “learning” and “problem-solving”. A more elaborate definition characterizes AI as “a system’s ability to correctly interpret external data, to learn from such data, and to use those learnings to achieve specific goals and tasks through flexible adaptation.”

In layman’s term, Artificial intelligence is the ability of a machine which makes it think and can make decisions by itself.

The early man never would have imagined checking on their beloved back home with a device in hand. But Homo sapiens sapiens (A.K.A ‘us’) has brought forth revolutions in a row in the Internet era.

AI’s storytelling roots dates back to the Greeks and Egyptian legends. However, it wasn’t until the last century that the AI revolution got kick-started to become more than science fiction.

Alan Turing, a British mathematician, and WWII codebreaker, have been credited for his idea of thinking machine, which was a ridiculous idea back in the 1950s and his Turing test, is still in use as a benchmark to determine machine’s ability to “think” like a human.

From inventing ARPANET to Netflix suggesting you movies, the tech had had a snowballing effect and it’s been ‘Man and Machine’ ever since.

When did AI become more than a toy car?

Now is the era of ‘Data-is-the-new-oil’, and do you think our human brains can handle loads of data? Big companies are literally drowning in data, AI machines can collect and analyze the data to make predictions and insights which is far beyond human capability.

When AI, mixed up with Big data, Automation, IOT and a spoonful of Cloud Computing, is totally qualified in removing the constraints of human limitations.

With Artificial Intelligence revolutionizing every possible industry, companies and organizations are craving to stand out in the crowd. The single solution is to incorporate new elements into the already working business model.

Just like the website and an all-performing mobile app became a necessity to run a business, there is a new player sharing the spotlight, Chatbots.

In addition to a website Chatbots can be the cheat sheet to boost conversion rates. Customer services, being the first priority, it is now pitching its game, emphasizing on branding.

AI induced medical care can detect and diagnose diseases at lightning speed. We can have our own personal virtual health assistants like Alexa and Siri. Precision medicine can be administered in precise time. Isn’t that satisfying?

The present scenario of animal testing will cease to exist and machine testing will take its place. AI has made their way from performing the mundane task of organizing files to being seeds and devices inside the human body.

It’s obvious to think if AI is hyped, maybe yes, but not overrated. It is somewhere in the middle. Maybe one day we can witness a robot being our psychiatrist. Only time can tell…

What do AI and Automation means to the financial and corporate world?

Thank goodness, live chat is a reality now. How frustrating was it to call 1800 and a machine telling us to wait in line.

We at Zoondia, have our own chatbot ‘Aaida‘ for a while now and with the continuing development of AI, our R&D team has been working on making her much smarter and maximize her potential in being a business bot.

With chatbots and its 24/7 customer surveillance, financial organizations can have better risk management. AI can benefit both the government and corporates by unleashing a torrent of opportunities with unparalleled technological power.

AI on the road

Automated freight transport which will be the transportation and supply industry’s next revolution. You must have heard about ‘Tesla’, the self-driving car created by Elon Musk, who is now busy on Tesla truck a self-driving e-truck.

With Amazon already moving into warehouse robots and automation software, we can expect drones to deliver us packages by 2030.

With AI and automation holding hands, it will create not just waves but tsunamis of advancements, thereby making ‘supplier’ an ‘intelligent supplier’.

How can education System benefit from AI?

With AI, the prospect of personalized learning becomes a reality. While some find the notion of AI in education a little unnerving, the benefits it provides are unavoidable.

AI will not and cannot replace teachers as it lacks intuition. But, It will become the best partner a teacher could have.

The AI-induced education system can unleash its potential on analyzing student data and in time predict and forecast any educational deficits transforming education that simply was not possible for our ancestor.

The love-hate relationship between man and machine

In the age of thinking machines, it will be of no doubt that AI is here to stay now and forever.

AI has been in its frozen winter until the 2000s and is now blooming in its glorious spring. With three-fourths of the population glued to the screens of their mobiles, AI is now on wheels, impacting every life it touches.

AI-infused robots have been fiction and inspiration for many movies which is now becoming a reality and most probably will become a part of us in the near future.

There will be no single entities in this world anymore, there will be integration and the creation of a beautiful mess.

We have been telling ourselves for a century that, it is man vs machine, creator vs creation.

You see, the reality is pretty vanilla, we have only seen 5% of what AI can do. Thirty years ago, we didn’t know that we would be buying shoes off the internet. For what we know, our predictions can be invalid.

Steve Jobs once compared AI to a bicycle, it is a machine with a human control on it, faster than our legs but good for health. With AI and Humans, It is not a one-win-one-lose scenario.

The strength of metal, with a human at its heart – a Centaur. It is not just the metal (Artificial Intelligence) or the heart (Human intelligence), it is the ‘+’ that is significant.

Yes, we will not be the sole captain of our ship. But, it is always safe to be on the winning side, for our own good.

We cannot deny the reality, it is closer folks, embrace AI and survive or be ready to face oblivion.

The logic is pretty simple: If you cannot beat them, join them. Join the bandwagon.