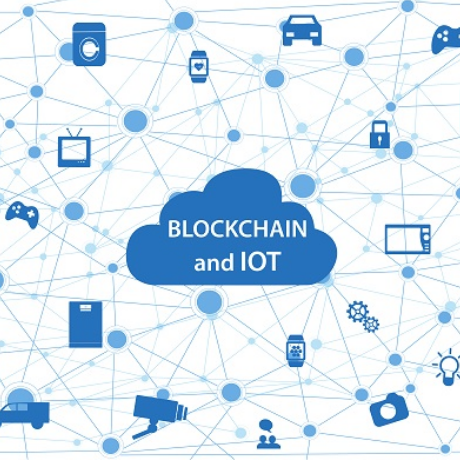 Future of IoT with Blockchain

Prospective Evolution of IoT with Blockchain   The revolution that the Internet has created throughout the world is beyond all apprehensions. One among these outstanding innovations is the IoT (Internet...
We Support
Top

Prospective Evolution of IoT with Blockchain

The revolution that the Internet has created throughout the world is beyond all apprehensions. One among these outstanding innovations is the IoT (Internet of Things), the technology that connects the various devices around us, making life even easier. The possibilities of IoT are far-reaching if utilized in the proper manner.

Blockchain technology is an invariable ledger, which is shared, greasing the process of tracking assets and keeping a clear track of transactions. The tremendous benefit offered by this technology is the deliverance of immediate and transparent information, accessible only to authorized members of the organization. Integrating IoT with Blockchain has got numerous benefits.

Exploiting the conjoined benefits of Blockchain and IoT

The industry has been progressing rapidly, attempting to reap the fruits of the interwoven mechanism of compounding Blockchain and IoT. Built on the basis of trust, data immutability, and decentralization, Blockchains serve as a significant solution to the concerns caused by the IoTs, if they are integrated properly. In cases where the IoT data is shared by many participants, the integration has proved useful. The several issues which could be solved by integrating Blockchains with IoT include enhanced data transparency, scalability, privacy, reliability alone with secured data access control as well as data sharing.

The prime leverage gained by coupling Blockchains with IoTs is that Blockchain technology records every transaction along the way which cannot be altered by anyone after being registered on the ledger, making it virtually secure. Besides, the IoT on the Blockchain will exhibit a more contoured end-to-end process connecting the manufacturer and recipient and everything along the way.

Cross-industry gains of IoT on Blockchains

A universally chosen ledger system could be the best possible aid for the fact that the integration solves the potential interaction which is limited to only fragmented IoT ecosystems.

When IoT has been aligned with Blockchain it unites other industries, the supply logistics, and insurance to be precise as, being mutually subservient.

The interoperability that the integration of both IoT and Blockchains offers is an added advantage. Currently, all the devices engaged in communication have to be on the same Blockchain, which is being worked on these days. The current progress in this research has led to the development of Ledger Nano which shall be ingrained in devices or machines to facilitate desirable communication.

By exploiting the data collected by IoT devices and sensors, blockchain streamlines operations and delivers unique economic gains across your ecosystem.

Several problems could be solved through different means of assimilation of Blockchains with IoT.

(i) Increasing Address space for IoT devices is one among the crucial merit as the number of IoT devices that are put online is on the rise. Since each device requires different IP addresses for routing communications and interactions, IPV4 has seems to be ineffective. In this case, Blockchain makes use of advanced cryptographic algorithms that bestow a public key-private key scheme that has a 20byte length, for certain algorithms, which enables about 1.46 x 1018 address spaces for IoT nodes.

IoT implementors should be aided in order to manage data traffic, sense events, and maintain a regular watch over the transactions over the IoT devices within the Blockchain, with the massive amount of data drawn from IoT devices. Modularity is the key to this monitoring. For instance, a proposed framework based on a use case where the monitoring of three tracks connected to a blockchain was made possible using monitoring agents. Data is being fed into a blockchain monitoring system by these monitoring agents.

Upon certain privacy as well as security apprehensions on IoT solutions, certain areas such as supply chain management and healthcare have incorporated Blockchains into their IoT systems. The term BIoT system is the integration of Blockchain on IoT applications, such as in wearable and smart transportation where the security and privacy concerns matter.

Zoondia recognizes the relevance of IoT as an emerging technology and has invested in both human resources and technology to meet any BIoT problems.

Being one of the best app development companies, Zoondia has been assisting businesses through their digital transformation journey using the newest digital technologies. Partner with us to help you remain ahead of the competition with cutting-edge digital solutions that will help you develop your business.