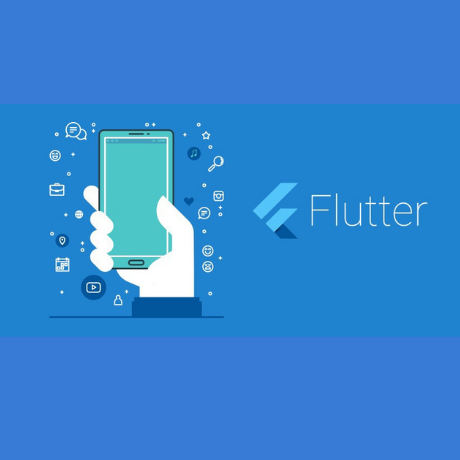 The new Flutter 2.0 by Google on 03rd March 2021 at the Flutter Engage event created a great deal of discussion among tech savvies. This grand launch of the update...
We Support
Top

The new Flutter 2.0 by Google on 03rd March 2021 at the Flutter Engage event created a great deal of discussion among tech savvies. This grand launch of the update turns up with exceptional features and fixes.

The latest version of Flutter is used beyond Android and iOS app development by expanding the mobile app development services to further platforms like Mac, Windows, Linux, and Embedded systems. Moreover, developers can now utilize Flutter for Web application development.

It was tedious to code on different platforms for the same project since the logic should change according to the adaptability of operating systems. But the new stable update of Flutter transformed the whole scenario and brought a massive relief for developers.

The recent feedback from developers worldwide depicts that Flutter 2.0 has resolved over 24,541 previous issues.

The stable release of Flutter offers support for the web platform that drives to push the reusability of code to the next level. This crucial release has moved the approach of Flutter from document-centric to the app-centric framework. Now the web platform has become an excellent choice for Flutter developers to develop apps.

The empowerment of web platforms by Flutter built the foundation for developers to establish interactive applications with APIs and creating flexible 2D & 3D graphics.

Flutter has widened its Desktop application support like in Web applications and enables developers to have a native-like experience on each platform. This experience comprised many vital features such as precise mouse dragging, built-in context menu,  text selection pivot points, etc.

Sound null safety is a significant inclusion to the Dart language. It allows developers to differentiate between nullable and non-nullable types. As a result, developers can ward off null error crashes during development.

Currently, Flutter supports Linux, macOS, and many developers are unsure how to write an application that adapts to different screen sizes, like small, medium, and big. On the other hand, developers are marveled about the flexibility of Flutter 2.0 in mobile, web, and desktop.

Flutter 2.0 version is nourishing its iOS support with the latest iOS features. It also allows developers to build an IPA directly without opening Xcode. In addition, the new Flutter comes with the latest iOS widgets in the Cupertino design language implementation.

There are two new widgets available for developers to access, which are Autocomplete and ScaffoldMessenger.

ScaffoldMessenger is the facile creation of SnackBar for the operation between the Scaffold transitions.

Flutter has become the first choice for numerous developers since it allows them to reuse the same code for building mobile apps in Android and iOS. Additionally, Flutter can be added to an existing application through the App-to-App feature, which saves the native-code base and allows developers to run the code.

The Flutter 2.0 release has renamed the community from DevTools to FlutterDevTools mainly for debugging. The FlutterDevTool enables Visual Studio Code, AndroidStudio and IntelliJ, to support developers in debugging by scrutinizing for exceptions. Moreover, the FlutterDevTool has the potential to identify high-resolution images.

What to do with Flutter 2?

As Flutter keeps thriving, its numerous features are utilized for distinct app development projects. If you are looking to hire custom mobile app developers for your next project, contact Zoondia, an emerging IT & software consulting company.