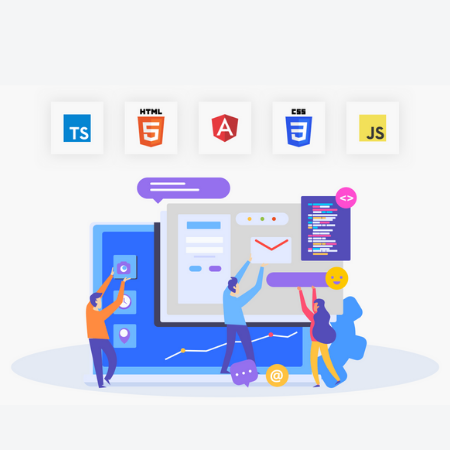 The market has been loaded with numerous web development strategies, which makes it quite impossible to figure out the web development framework which suits your business the best. How should...
We Support
Top

The market has been loaded with numerous web development strategies, which makes it quite impossible to figure out the web development framework which suits your business the best. How should you make a choice?

We’ll provide you with ample information that would enable you to pick the best framework essentially allowing you to lead the industry for another ten years.

Deciding the pertinent web development framework for your company

The framework chosen should be appropriate for the effective functioning of your business, gratifying the desired goals of your company. The displacement to social media platforms and applications is undeniable and it is even more agreeable that people have developed an intense interest in relying on the internet for a lot of reasons, including shopping and determine facts. To quench the demands of the customers and to be adaptive and industry-specific, you should covet the best web development framework that befits your company.

At the same time, the framework chosen should be eminently critical in the contemporary job market, apart from being in the mainstream with community support.

Many different languages and libraries make up the frontend stack. The prominent frontend technologies of the time are React JS, Angular and JQuery. The coherent and harmonious functioning of the front end warrants unmatched customer experience, urging them to return to the same site due to the comfort that clients would experience.

These form the optimal factors in the development of software projects. The accomplishment of the sever side operations can be attained only using the backend technology. The entire server logic, even with the CRUD functions is managed by the backend, which is a programmer’s code. Java, Python, Django, PHP, and Ruby on Rails are the well-known backend technologies used by developers these days, which is basically due to the fact that they help them code faster with a higher level of detachment.

React which is one of the top web development tools, other than a library is an open-source JavaScript that is useful in creating interfaces mostly for small applications with a single page. The view layer of the web and mobile apps can be viewed with the help of this technology.

It is the first technology to utilize a component-based architecture, conceived by Facebook. This was further followed by, vue and Angular, those that adopted the same architecture.

It aids developers to create large applications which can change data without reloading and shall be used together with other JavaScript libraries or frameworks.

Reactjs is an excellent addition to projects that require component reuse, stunning user interactions, or animations. Long-term business goals can be achieved with the help of React JS technology which possesses a booming UI library for both small and large scale enterprises.

It performs the automatic synchronization of data between model and view components, known as data binding, which is one of its core features. It is released with several in-built services like the $http used to make XML http requests.

Current web development statistics reveal that 706,489 live websites run with AngularJS which is now one of the most popular front-end web development technologies of the present.

AngularJS facilitates the development of intuitive and robust web apps by utilizing the MVC architectural pattern.

In comparison with JavaScript, JQuery demands lesser code lines and would be easier to prepare. Even though it is considered as old-school technology, it still has an upper hand as it is still of wider use.

It is another free open source JavaScript designed to simplify HTML DOM tree traversal and manipulation, which simplifies JavaScript programming and is easy to learn.

It keeps on evolving in due course and will continue to be used in the future. Those applications which were considered impossible for mobiles can now be created after the conception of JQuery Mobile.

Why go for JQuery?

We’ll have a look into back-end technologies in our next blog.