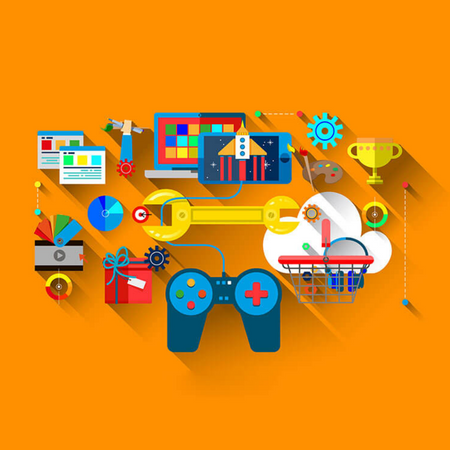 The video game development business has grown dramatically in recent years, particularly since the coronavirus outbreak. There will be more than 3.2 billion gamers worldwide in 2021, with industry revenue...
We Support
Top

The video game development business has grown dramatically in recent years, particularly since the coronavirus outbreak. There will be more than 3.2 billion gamers worldwide in 2021, with industry revenue expected to be over $198.40 billion.

So the best thing your business can do is to adopt the emerging trends in video game development.

Let us now delve into the emerging trends in video game development. They are as follows:

The blockchain gaming industry was estimated at $175 billion in 2020, and it is expected to increase to $218 billion by 2023. Gamers will spend $168 billion on in-game transactions, and Blockchain development ensures the safety and security of in-app payments in games.

Cloud gaming offers gaming as a service, with game content sent to consumers’ devices over the cloud. As a consequence, users no longer need to download or install games on their computers, smartphones, or tablets.

Many gaming companies may now install their games on their servers and make them available to players all over the world. The membership fee in cloud gaming is quite minimal, and the gamers get a sense of leisure. The versatility of cloud gaming is its most appealing feature.

Because of the popularity of bitcoin, firms have begun to invest in crypto gaming.

Previously, there were centralised games where the characters, skins, weapons, and all other codings could not be utilised in another game. In crypto gaming, however, everyone affiliated with the game can own a piece, which means that gamers can move their prizes and purchases to other games.

Because the games are constructed on blockchain networks, any linked computer had equal access to the same information, which decentralised control and gave equal power and authority to the players and producers. The creators can utilise a blockchain to construct the entire game or just the in-game money.

Players’ in-game assets can be sold for real money. This trade of digital assets is creating global demand for crypto games.