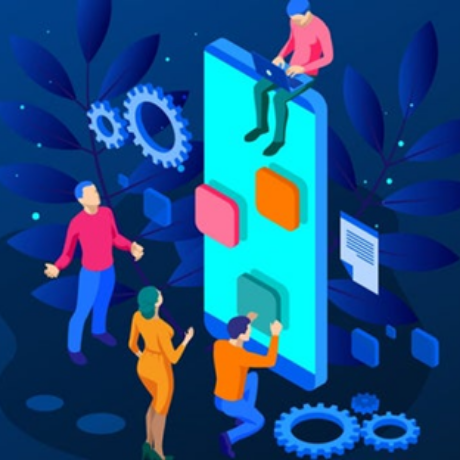 A Significant Step Forward For An eCommerce Business

Today, mobile phones are essentially renovating business models and marketplaces at an astounding rate. It is estimated that by the end of 2021, the market revenue from mobile apps will reach...
We Support
Top

A Significant Step Forward For An eCommerce BusinessPost Date : 11-Jun-2021Zoondia

Today, mobile phones are essentially renovating business models and marketplaces at an astounding rate. It is estimated that by the end of 2021, the market revenue from mobile apps will reach an all-time high of $693 billion.

Owing to Covid 19, when the world was forced to contain its ambitions within 4 walls, the eCommerce industry saw an overwhelming boom unlike any other, and reports suggest these trends are here to stay. Fearing yet another retail apocalypse, many retail giants have actively switched to ecommerce marketplaces.

By 2025 global consumer spending on mobile phones are expected to reach $270 billion, this reflects mobile’s continuous dominance over other devices in the near future. And for any smart and futuristic business owner it is only logical to make use of this global phenomenon and this is precisely where hybrid apps come to the game. So, what does a hybrid app bring to the table, and how is it better than its counter parts, if not the best route for an ecommerce app?

Both web apps and native app are heroes of their respective realms, for instances, native apps create highly performance-oriented apps specifically developed for a single platform, on the contrary, Web apps are websites that open on your smartphones via web browsers and are mostly used for tutorial contents.

What makes hybrid the finest fit for your ecommerce app?

Hybrid apps are build using web technologies such as HTML, CSS or JavaScript, which when compared with that of native apps are easier to code and more cost effective and less time consuming. Once the coding part is done, it is then wrapped within a native application using an open-source frameworks.

Hybrid apps possess cross-platform abilities, which means that the same code can be reused for both Apple store as well as other app markets, which makes them significantly affordable than a native app, which requires dedicated coding processes owing to the differences in languages used in both iOS and Android OS.

Translated to an ecommerce perspective, this means the app will reach more users and will be available for download for more people irrespective of what OS they are on, all this without burning a Jupiter sized hole in your pocket, and this is why 74% of the top 50 retail apps made in the US are hybrid and not native.

Some other significant benefits of using hybrid apps are:

Here is a list of apps we use every day and probably had no clue were hybrid,

Twitter is the best poof for the huge amounts of traffic can be handled by Hybrid apps without any flaws or flutters.

Trusted by professionals across the globe, Gmail is the perfect example of how reliable a hybrid app can be.

The hybrid approach allows Instagram to process tons of media without any hiccups, all these while handling a huge amount of traffic.

Popular brands such as Amazon, Apple, and Baskin Robbins have gone the hybrid way in order to keep up with the new market trends and technological advances.

When having a mobile app is a nonnegotiable necessity for most businesses, if you wish to have a cost effective, easy to manage scalable app that can be used across all mobile devices and is well armed to keep up with the market trends to reach your targeted audience, HYBRID IS DEFINITELY THE WAY FORWARD.